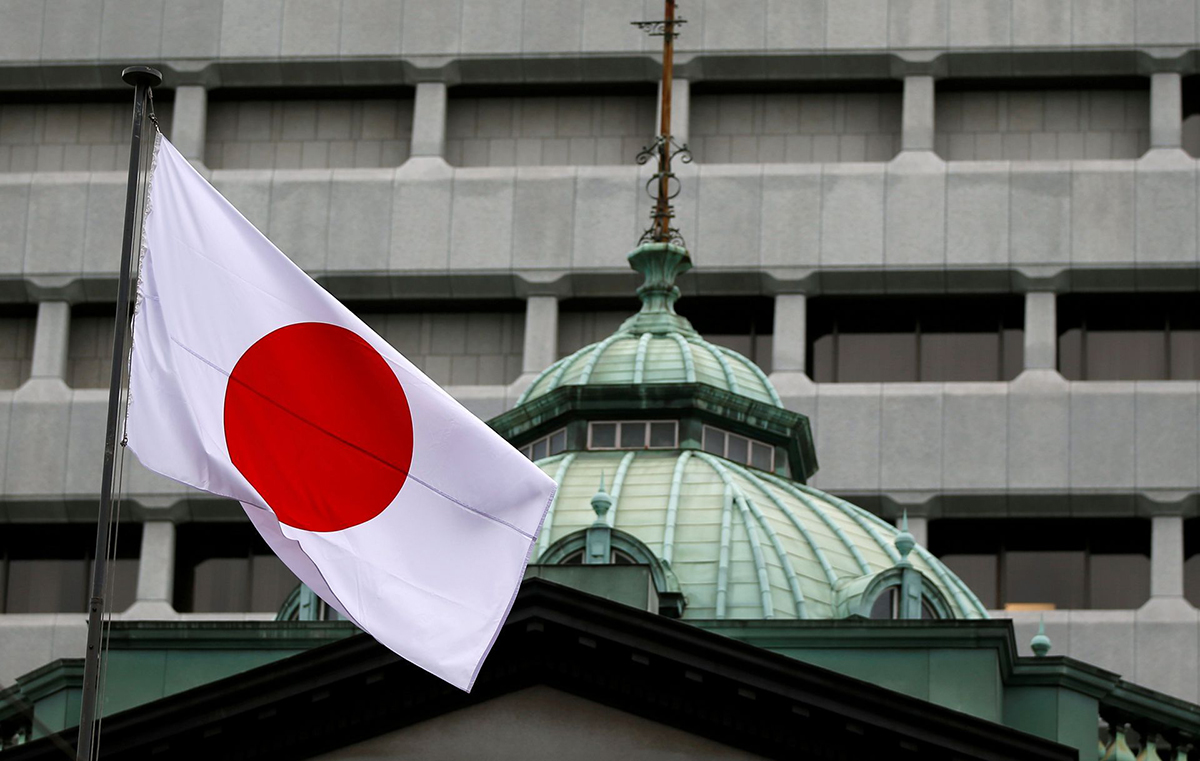 The Bank of Japan kept monetary policy steady and took a more upbeat view of the economy on Tuesday, reinforcing market expectations that its future policy direction could be an increase – not a cut – in interest rates.

Reflecting a pick-up in emerging Asian demand and factory output, the central bank upgraded its language to signal its confidence that the economy is headed for a steady recovery.

“Japan’s economy continues to recover moderately as a trend,” the BOJ said in a statement announcing the policy decision. It also offered a brighter view on exports and output to say they were picking up.

But the central bank warned the impact of U.S. monetary policy on global markets was among risks to the outlook, suggesting that the Federal Reserve’s interest rate hike cycle could disrupt emerging market capital flows.

As widely expected, the BOJ kept unchanged its pledge to guide short-term rates at minus 0.1 percent and the 10-year government bond yield around zero percent.

“The global economy recovered earlier than expected and the yen is weakening. Tailwinds are blowing, and the BOJ can stand pat for a while,” said Hiroshi Shiraishi, an economist at BNP Paribas.

Underscoring its optimism on the outlook, the central bank even revised up its view on private consumption – considered a soft spot for the Japanese economy, the world’s third largest.

“Consumption is moving on a firm note,” it said, a brighter view than last month when it said there were some weak signs.

At the previous meeting on Nov. 1, the BOJ said the economic trend was for moderate recovery, but slowing emerging market demand was weighing on exports and output.

Financial markets are focusing on what BOJ Governor Haruhiko Kuroda will say at his post-meeting news conference about the recent rise in yields.

This has tested the BOJ’s resolve to cap the 10-year Japanese government bond (JGB) yield around its zero percent target.

That in turn has led to some market expectations the BOJ may raise its target for the 10-year JGB yield, which briefly hit 0.1 percent last week, as early as next year.